What you need to know when booking your crane

It is essential that the company practices good risk management by identifying, addressing, and controlling any risks that may exist prior to or during a lift.

That they aim to provide the right information to make the project the most cost-effective and efficient. Just small changes can increase your profit margin.

So knowing what to use, it is essential to get expert help to calculate what is the right sized crane for the location, the size of the project, the length of time on the site, and the weight of the items etc.

For example on small sites with a small number of workers and the largest capacity of the lift is just a couple of tonnes could mean that it is a small building project lifting pallets of bricks, blocks, and mortar then a small remote control Pedestrian Operated Crane is probably the most cost-effective choice.

With remote control, it is possible to have just one worker required to both drive the crane and then operate the crane. 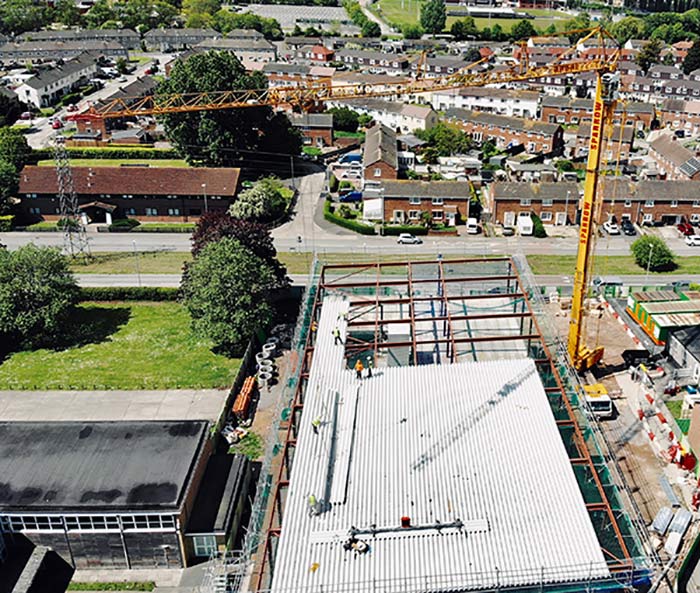 Which crane for the task

Mini cranes are small and compact, for relatively light lifting. They may be mounted on a truck or other mobile structure that travels via treads or tires. They are perfect for use when lifting requirements are in a location with tight access, restricted height or space or obstructions. Can be placed on top of tall structures or underground, and lifted into inaccessible places.

The name of each crane suggests the location or terrain they are most suitable for.

Mobile cranes can be mounted on a truck and can have either tracks or tires. They have an outstretched telescopic boom, which can rotate up to 360 degrees and extend to varying lengths depending on the crane size. They can be situated in varying positions as being mobile they are not fixed in one position and can move around on the site or to another site.

Rough Terrain Cranes are usually used for off-road purposes, are able to work in confined areas, where the ground is uneven or irregular and very difficult terrains, providing it can take the weight of the crane. There is not a big market for these types of cranes in the UK.

All-Terrain Cranes have the roadability to get to a desired location and then when it has reached the site can also be driven on rough terrain as long as it can withstand the weight of the crane. They are highly maneuverability as they have independent steering on all axles and suspension. They can also be equipped with outriggers and have telescopic booms.

Truck crane or Hiab (which is a brand name but are commonly called a Hiab) Truck cranes have a crane that is mounted on the rear or sits behind the cab, and is usually for the use of unloading and loading the truck. The advantage is that they are cheaper than other cranes and can be driven from location to location without having to be transported as they are fitted onto a truck with tyres, giving you the profitable advantage of time-saving mobility.  It can also dual as a truck when the crane is not in use. The outriggers can be extended to stabilise the vehicle and it can have one or two booms rotating 360deg.

Tower cranes are usually used to build tall structures, they are often found in city landscapes. The components of a Tower Crane are referred to as the mast
(the main support which are sections connected together during installation) and an outstretched jib (the operating arm that extends horizontally). The term slewing is when it rotates 360 degrees around the mast. The slewing unit is the engine that drives this and sits on the top of the mast.

A Hammerhead Crane is a fixed-jib crane with a trolley held in the forward part of the arm -the load can be suspended and moved along the jib without altering the level of the load.

Luffing Tower Cranes have a hinged jib and the hook can move up and down as the jib moves.

Self-erecting tower cranes stand on outriggers, it has a horizontal jib and mast which is mounted to a ballast (large concrete counterweights) there is no counter jib. It has the ability to fold and unfold and is self erecting which can be erected on site, can be operated by remote control.

Self-erecting tower cranes are most suitable for circumstances where: 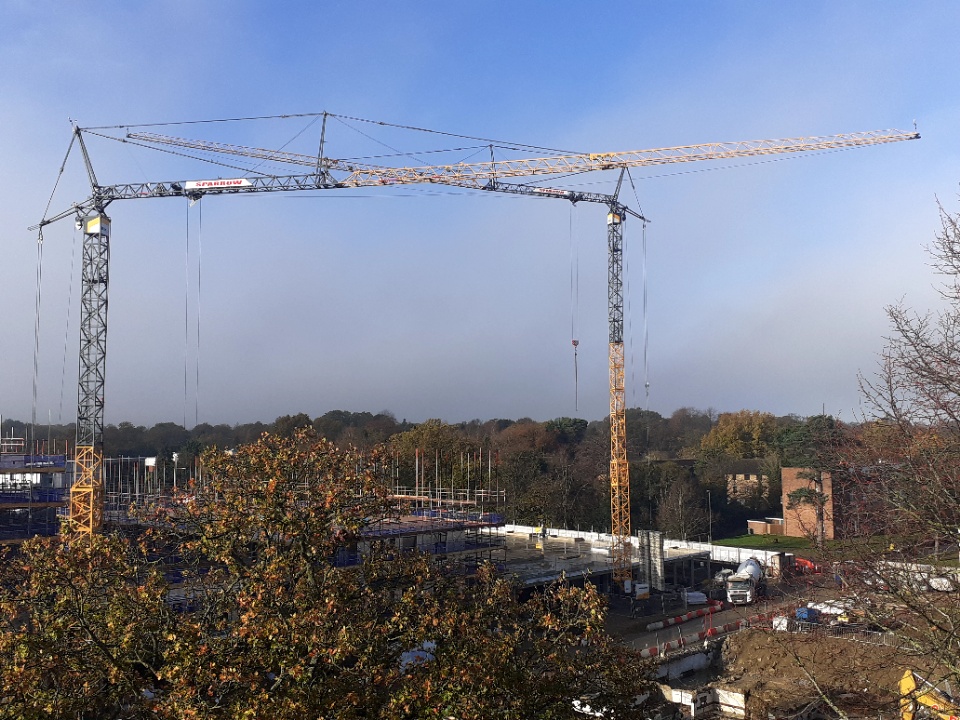 If you decide that you will be lifting more than 2 tonnes at perhaps 30 metres and your project could take more than 5 months, then a larger tower crane will be more appropriate and depending on the crane, its positioning, and with the right lifting capacity you may opt for a Saddle jib or flat-top crane or self erecting.

There a different reasons why the position matters as it can affect the cost. For example, if there is more than one crane being used on the site. Where the crane is sited would matter because of the risk of collisions and can make site operations difficult and unproductive. Each crane having to wait for the other depending on where the items to be lifted are located. If the goods can be stored taking hook time into consideration then this will also reduce your costs. Unless of course you use something like these  2 x Liebherr 81k`s self-erecting cranes in operation, both cranes have anti-collision system fitted.

At Sparrow Crane Hire we will work with the client to ascertain from the client's drawings and detailed information in order to guide the client to the right solution for their project. With these details, it is possible to calculate the right crane for the job and therefore will then arrive at a more cost-effective crane selection. For instance, if there are several buildings surrounding the area if it is possible to crane the items over the lowest building then a smaller less costly crane can be used.

In some cases, three-phase power might be needed. If this is the case it is more cost-effective to have this installed first before getting the crane situated on-site as obviously, your crane will stand idle while waiting for it to be installed.

For this you may want to read through your options as to what you think will be most appropriate for your project. Find out more here. 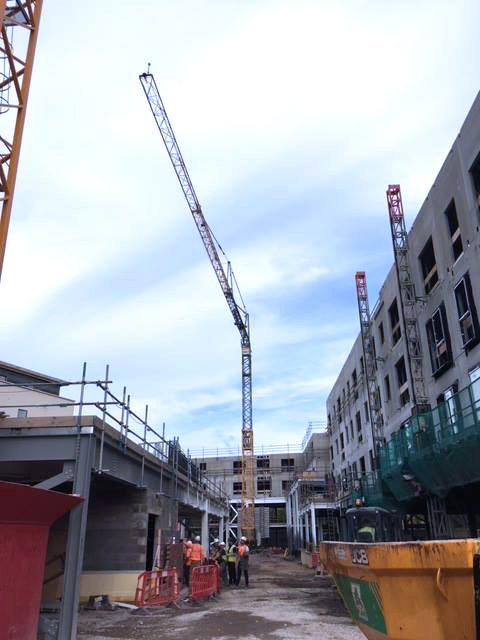 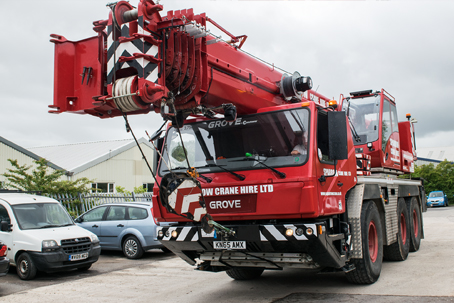 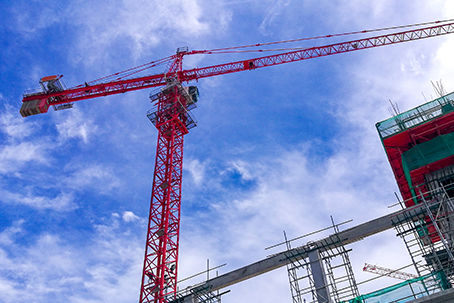 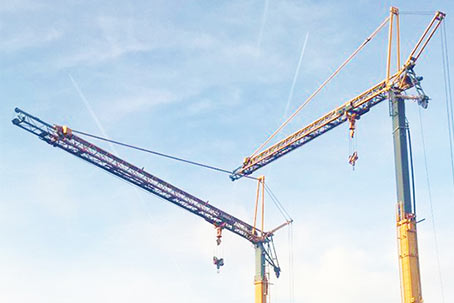 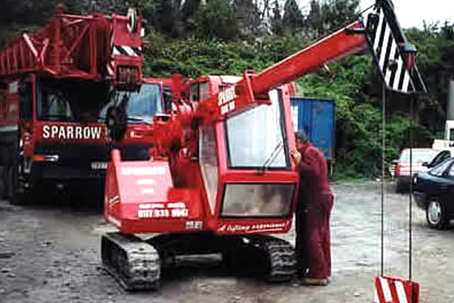 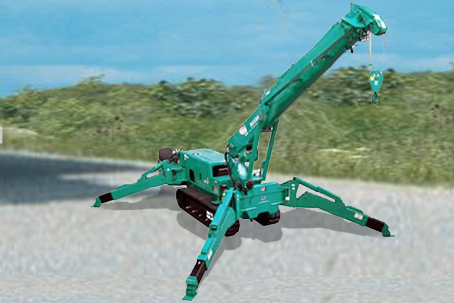 Spider
Crane Hire
Request a Quote
FOR HELP WITH OUR CRANE HIRE
SERVICES PLEASE
CONTACT US ON:
T: 0117 937 6690
E: [email protected]
Or fill in the form opposite or visit our location page here

We use cookies to ensure that we give you the best experience on our website. If you continue to use this site we will assume that you are happy with it.Accept